A life full of books

I practically grew up in a library, since my father has been a fanatic book collector for many years. He has filled room after room with them. Although his collection contains many history books, its main role in my life was to acquaint me with poets and novelists from all over the world. That does not mean, by the way, that I skipped the ‘children’s literature’ stage: in fact maybe those were the books that gave me my most intense experiences of reading, as seems to be confirmed by certain scenes in classics by Roald Dahl, Lewis Carroll or Thea Beckman that still come vividly to mind. Nonetheless, thanks to my father’s passion for reading, I soon came into contact with widely diverse authors whom I would come to count among my absolute favourites, including Multatuli, Elias Canetti, Virginia Woolf, Jorge Luis Borges, Yasunari Kawabata and Marina Tsvetaeva. I doubt I understood much of their many-layered texts, but the expressive power of their style opened up imaginary worlds to me, the like of which I had never stepped into before. Their mastery of words created a reality that was simultaneously much more meaningful and more sensual than everyday reality. Reading became an established ritual, an addiction, probably an obsession…

When I left secondary school in 2001, however, I did not plan to dedicate my life to literature, as they say. Instead I went to study French and Spanish translation in Antwerp, on the somewhat naïve assumption that a thorough knowledge of languages was the most important prerequisite for entering the diplomatic service, which was my ultimate aim. During my stay in Poland, for which I had interrupted my studies for a year, however, I soon found out that the diplomatic career I had in mind had more to do with vague boyhood dreams of contributing to a more peaceful world than with the talents I actually possessed. As soon as I had to study legal or economic regulations in connection with my activities as an organiser, my interest immediately vanished into thin air. Even then, I felt far more in my element at public lectures, in dialogue with specific people, or at my desk surrounded by books. What is more, during my subsequent studies in Spain, I fell completely under the spell of the work of the Chilean poet Vicente Huidobro. I could no longer deny what had been in my blood for years: I would continue to devote myself to literature. I completed my translation degree in Antwerp in 2006 by translating Huidobro’s major work, Altazor, into Dutch: it was the first time the book had been translated in full. This translation was later published under the title Hogevalk by the Poëziecentrum in Ghent.

However I was still fascinated by the artistic innovations of the first decades of the twentieth century, specifically the deep belief they revealed in the ability of art (including literature) to change the world. How could art have that power if it wanted to keep its distance from simplistic slogans and political propaganda? This question remained on my mind as I continued my studies, first taking my Master’s in Literary Studies in Leiden and then my doctorate in modern Romance literature in Groningen. I discovered the answer in my other lifelong fascination: sensory perception. In my doctoral thesis Talend lichaam [Body Language] (2013), I came to the conclusion that these artists aimed to disrupt the conventional appearance of things by means of their avant-garde experiments. Futurists, Cubists, Expressionists and Surrealists all developed their own idiom aimed at undermining the dominant, pragmatic perception of reality. They believed that their bizarre performances and compositions were capable of revealing alternative worlds to the audience, which was intended in turn to encourage the audience to engage in critical reflection on themselves and society.

These years of research into the avant-garde have taught me an enormous amount about the fascinating relationship between literature and perception. I am convinced that this connection requires far more analysis, because it touches on fundamental questions that go beyond the specific case of the avant-garde. How do we use language to lend meaning to our sensory impressions and, conversely, to what extent are our (literary) language and imagery built on sensory foundations? How do writers whose body does not fit the usual array of metaphors based on the five senses speak of their experiences? What can literature tell us about the changing use of the senses through the centuries? These are the kind of questions I want to investigate from now on, on this website and elsewhere. 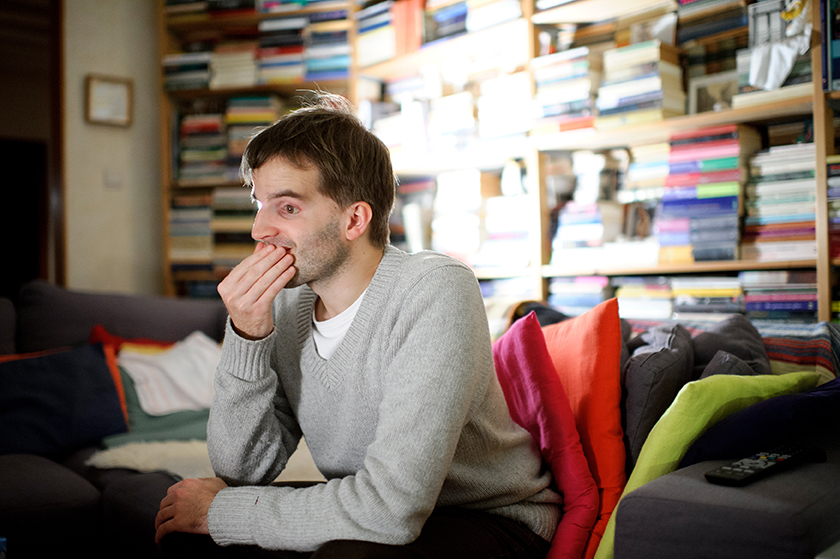